On 19 May 2019 Swiss voters approved a new corporate tax reform. The new proposal aims to set the basis for new rules on Swiss corporate tax (the last proposal having been rejected in a nationwide referendum in February 2017) and secure and enhance Switzerland's overall attractiveness as a business location.

The reform includes a patent box, an R&D super deduction and a notional interest deduction (NID) for high-tax cantons. There are also substantial non-tax (revenue-raising) measures and new provisions on social security contributions. At the same time, Switzerland will repeal the existing special corporate tax regimes (eg, finance branch, mixed, domiciliary, principal and holding company regimes). Moreover, the bill takes into account the criticism that contributed to the rejection of the February 2017 referendum. The measures will enter into force in 2020.

The bill has implemented the following measures:

The bill also includes further revenue-raising measures which are meant to cross-finance the reform and garner wider political support:

Although not formally part of the package that was voted on, most cantons envisage more or less significant reductions of the cantonal corporate income tax rates as part of their cantonal implementation projects.

The cantons continue to implement the new rules into their respective tax laws (for an overview, see Table 1), all with the aim of rolling out the changes to the cantonal tax rules on 1 January 2020. Depending on the status of the political and legislative procedures, a cantonal vote may still be required during the second half of 2019 in one or another canton.

* First cantonal proposal rejected, however, in cantonal vote on 19 May 2019. 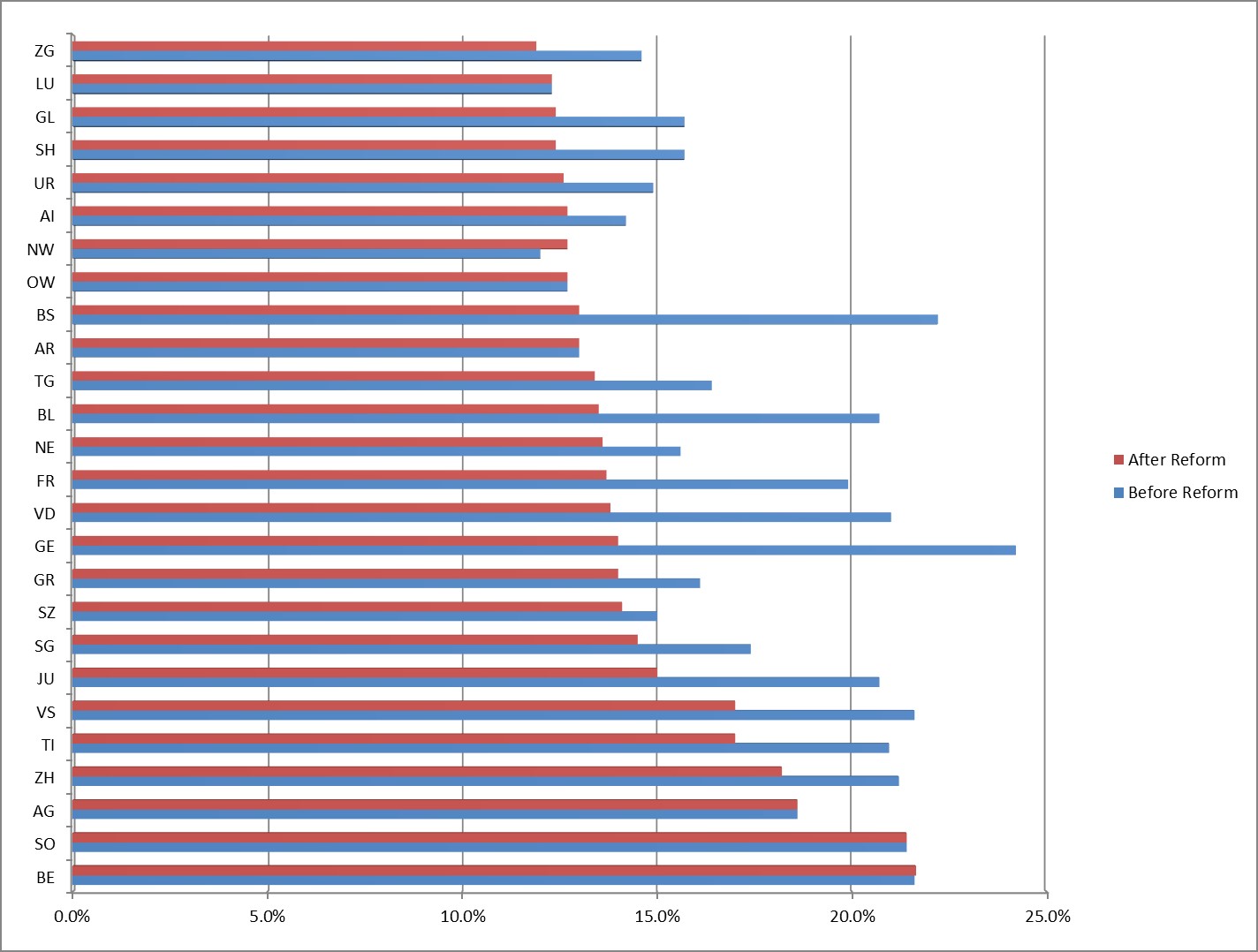 The popular vote of 19 May 2019 marks the end of a long enduring political and legislative process. Switzerland will eventually repeal corporate tax rules that attracted a lot of criticism from other countries (some of this criticism dated back to the pre-base erosion and profit shifting era). At the same time, Switzerland will introduce new progressive measures which are compatible with international standards and which should allow the country to defend its traditional premium ranking as a location for international businesses.

In the course of 2019, companies will need to review their structures and the effects of the new rules, especially the transitional rules, and take appropriate action in order to ensure a smooth and tax-efficient transition to the post-tax reform environment.

Public companies listed on a Swiss stock exchange may wish to consider a conversion of existing capital surplus into share capital in order to counter the new distribution rules and repay such funds tax free to their shareholders in the future by way of a share buyback followed by a formal capital reduction.

For further information on this topic please contact Maurus Winzap or Robert Desax at Walder Wyss by telephone (+41 58 658 58 58) or email (maurus.winzap@walderwyss.com or robert.desax@walderwyss.com). The Walder Wyss website can be accessed at www.walderwyss.com.

The materials contained on this website are for general information purposes only and are subject to the disclaimer.

ILO is a premium online legal update service for major companies and law firms worldwide. In-house corporate counsel and other users of legal services, as well as law firm partners, qualify for a free subscription.

Register now for your free newsletter

More from this firm